I spent one weekend at  friend’s place , He had some pending work to get done so I pretty much had the day all to my self , having known this in advance I was prepared !!

I had carried along some “supplies” …so when my friend started his work , I started mine 🙂

I got a candle out and some coloured  wax crayons and started to melt the wax crayons over the candle flame , the result was simply amazing , and fun , to see   the coloured wax trickle down in strips to the bottom of the candle !! ( I should have done a video ) 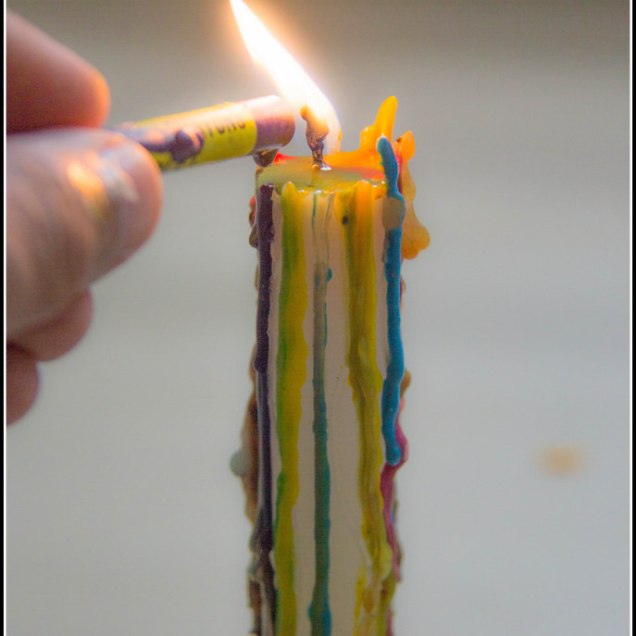 After covering all around the candle in rainbow stripes of melting crayons , blew the candle out … voilà! 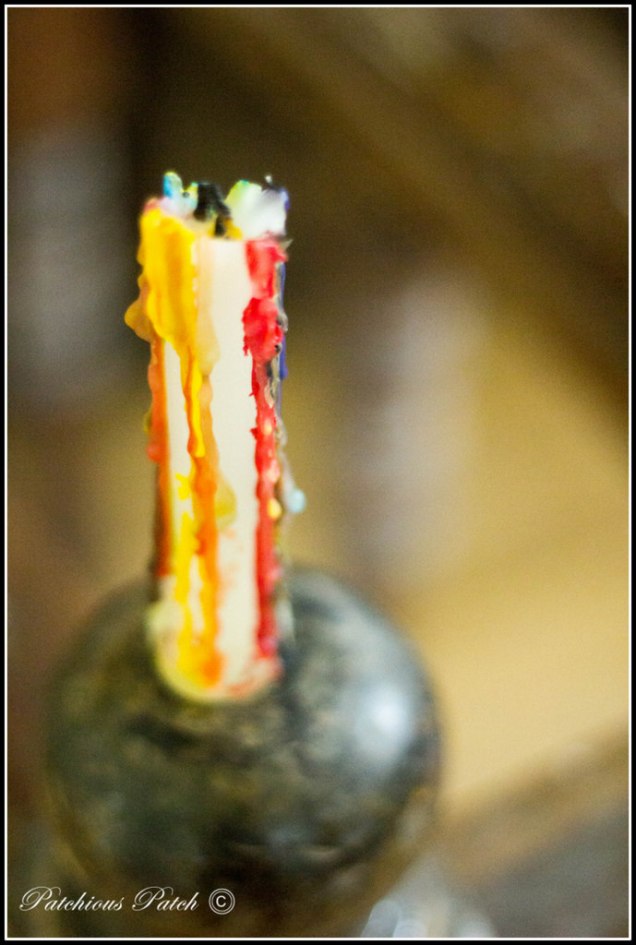 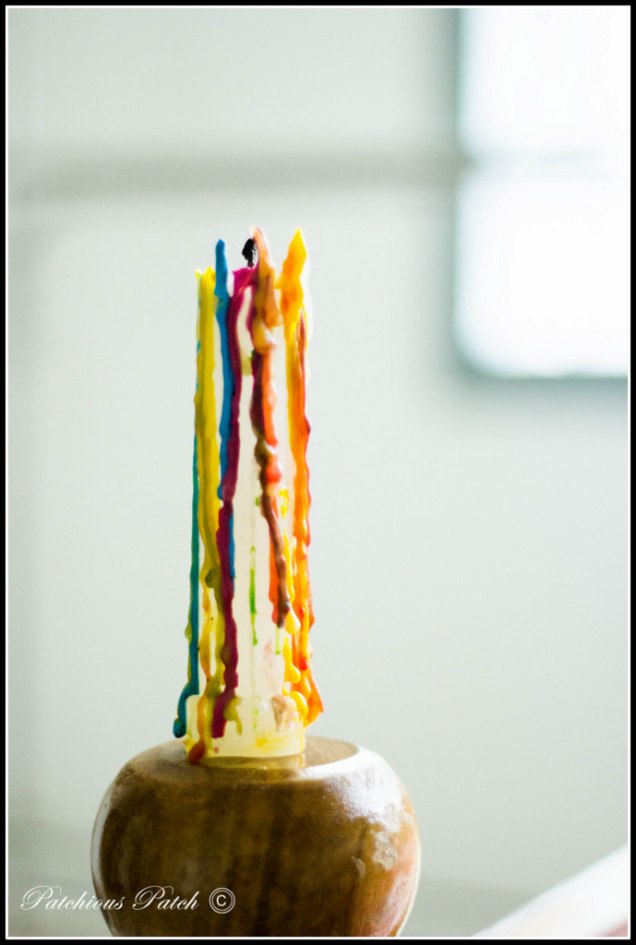 Now if you guys are trying this , be careful , though wax can’t give you extensive burns but can sure sting a little – have fun but be careful 🙂 ...moving on …..

The tricky part was to get the  melting colours to trickle down in a continuous line , at times I had to scrap a colour off and start over . By the time I got all the sides of the candle covered , it left quite a bit of wax residue or “wax crumbs” if you call it 🙂 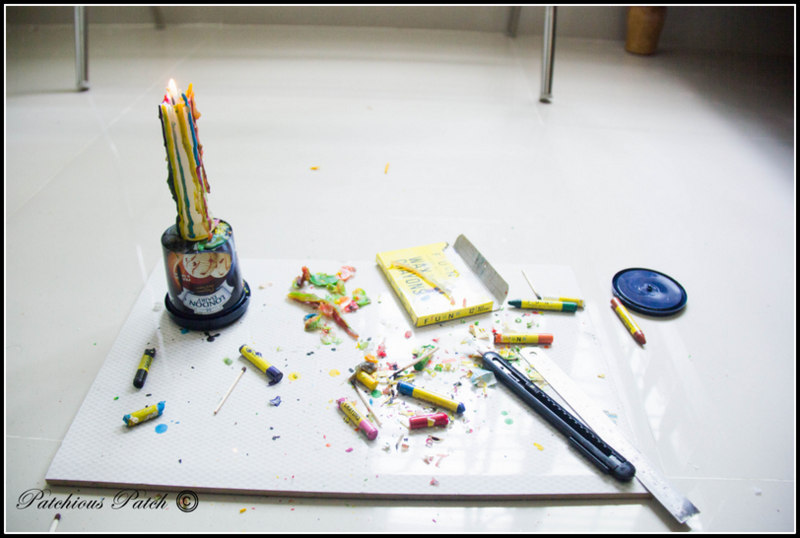 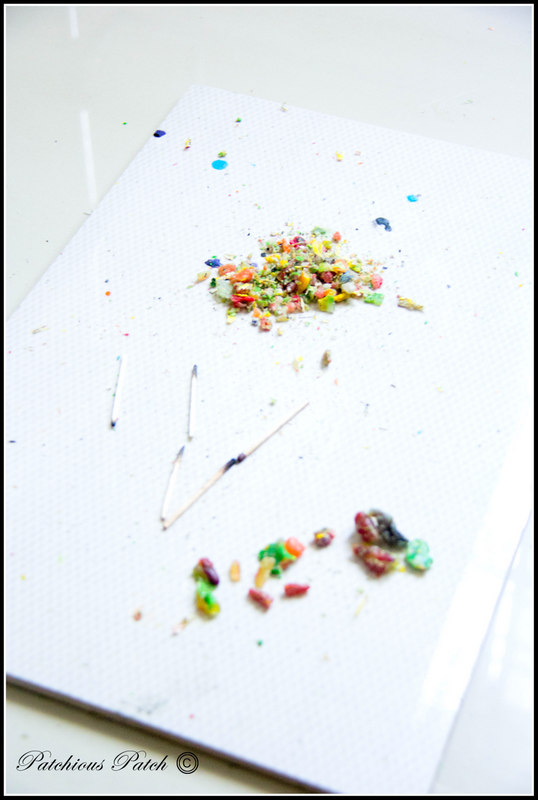 Crushed the wax crumbs a little more  and planned on doing something extensive with the left over so called by product !!

Drew an out line out and filled it up with fevicol ( white glue) and “garnished it with the left over wax crumbs!!! 🙂 . 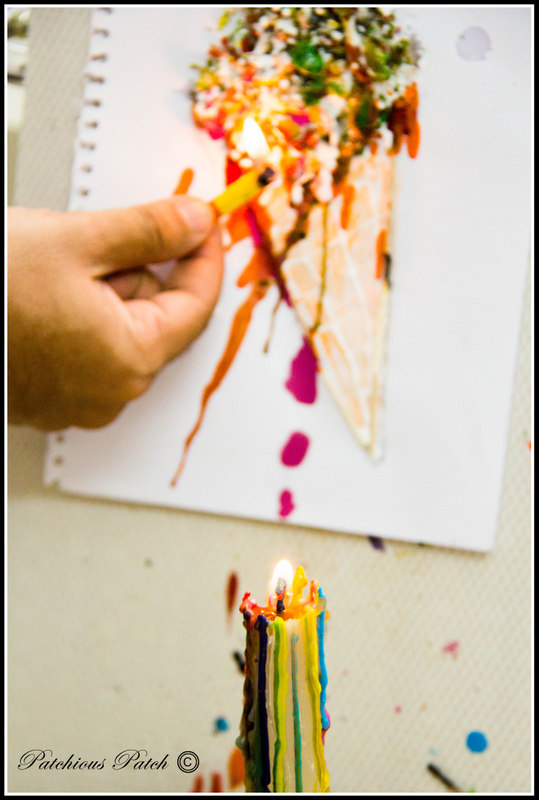 1 The paper on the wax crayon acted as a wick ,

2 The wax from the crayon kept the flame going ,

Also used the burned out match sticks to border the ice cream cone .!!

This part you really had to be careful ,  not to burn your hands !! and it was a little trick to get the wax to drip down along the way you wanted it to ,also  be careful not to get the wax from the burning crayon to drip off too much . I had some mishaps here and there .  Well this was just a 1st attempt may be will give it another try 🙂

Until then ..any one for a Tutti frutti  ice cream ??? ..quick before it melts away 🙂 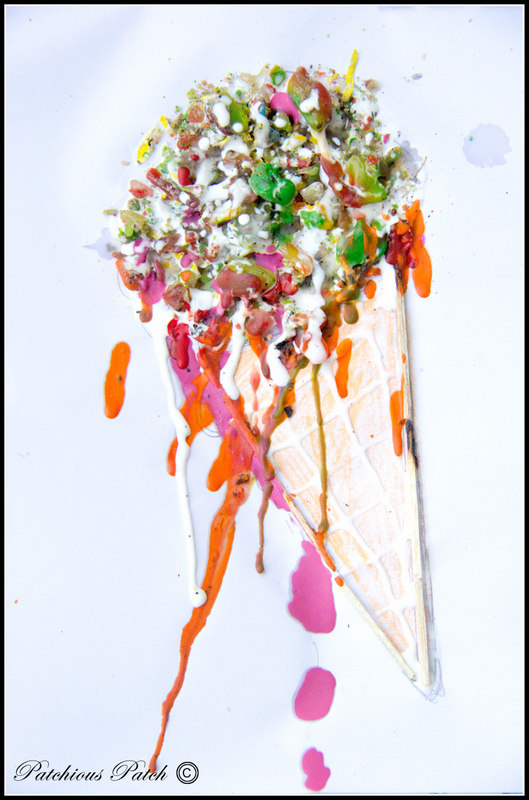 This art work also served as a nice subject for my photography shoot the same day which you can see it on “www.lifecallsphotography.wordpress.com“