It was my 1st wedding invitation at Calicut after moving to IPM, We got in Mr.Sreekumar Sir’s car (Head of Volunteering at IPM)   and drove to Koduvally. I think it was also Caleb’s 1st time too.  (A premed school student who had come to India to study – end of life care)

On the way we were told that, there is a suspension bridge. The hanging bridge across Punoor River, the first of its kind in Kozhikode district, serves as a link between Madavur and Koduvally grama panchayats

Never miss out an opportunity for  sightseeing! So we stopped along the way to take time off to suspend ~ ourselves over this bridge: P and took a bunch of photos 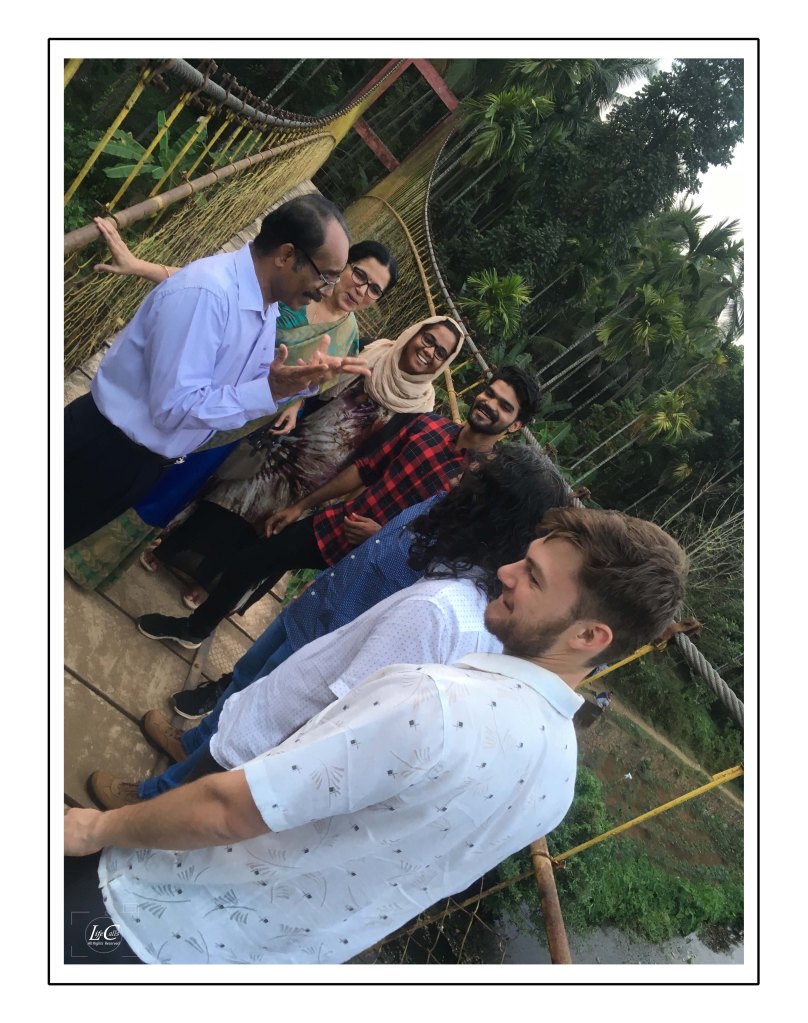 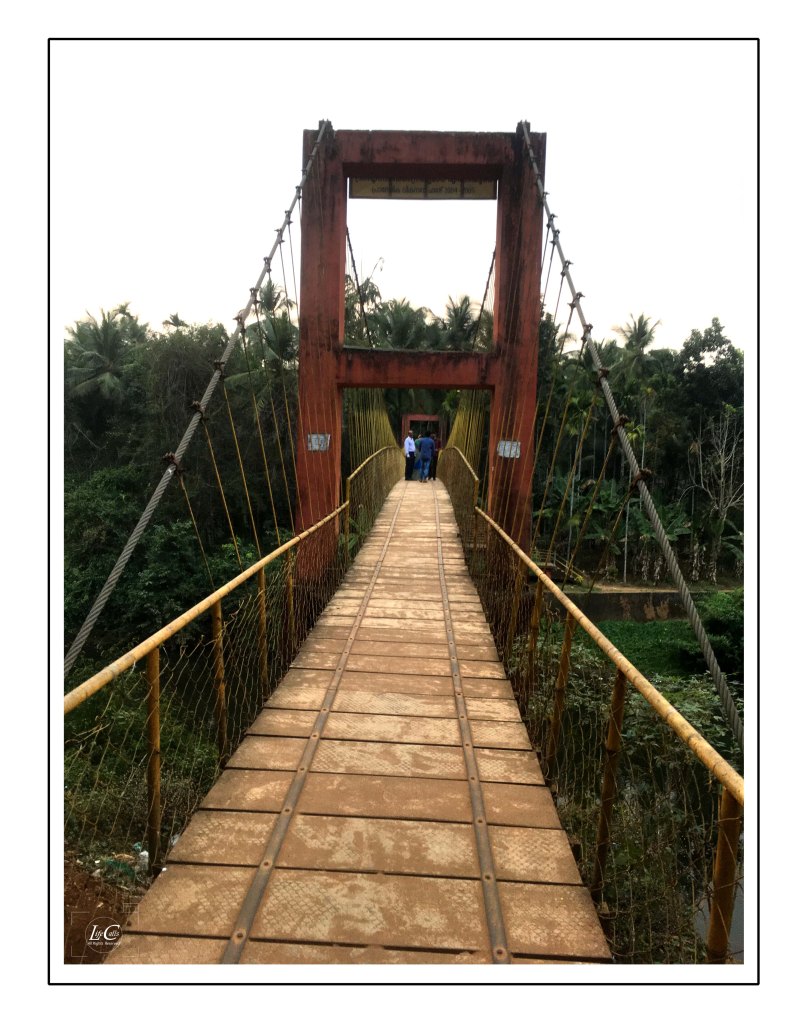 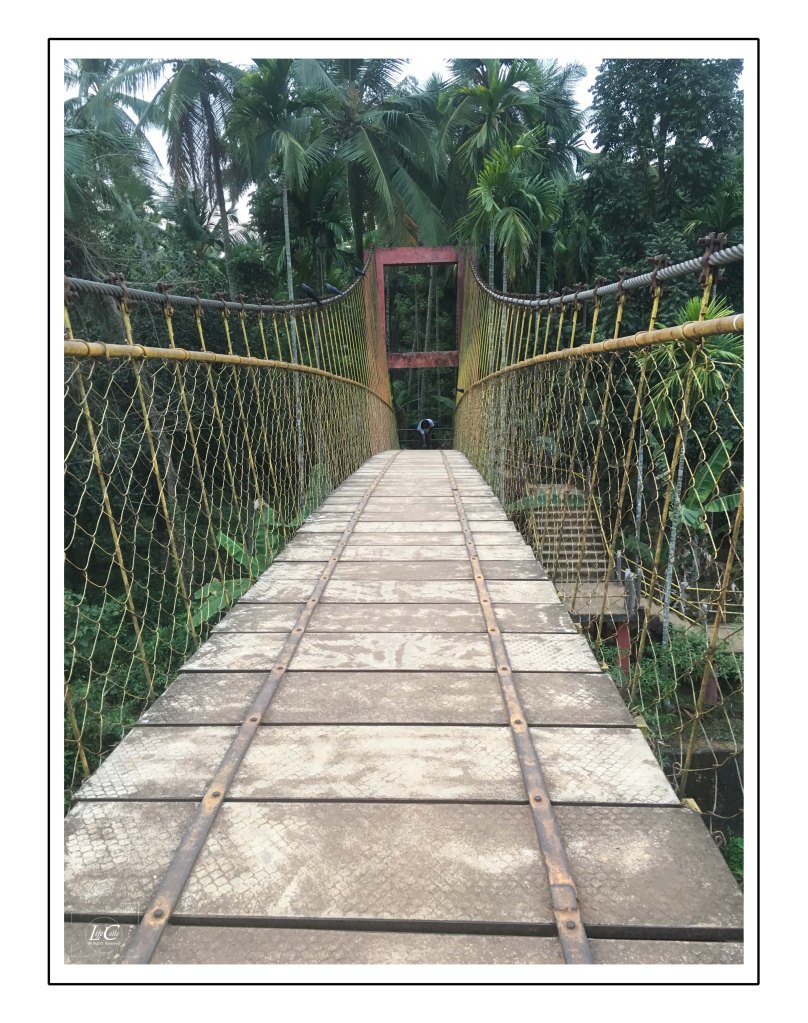 After the Bridge we hardly must have moved a few meters, it was the marriage reception hall .Turning to the left we were received by a handful off IPM ex Volunteers .This close nit group were like family 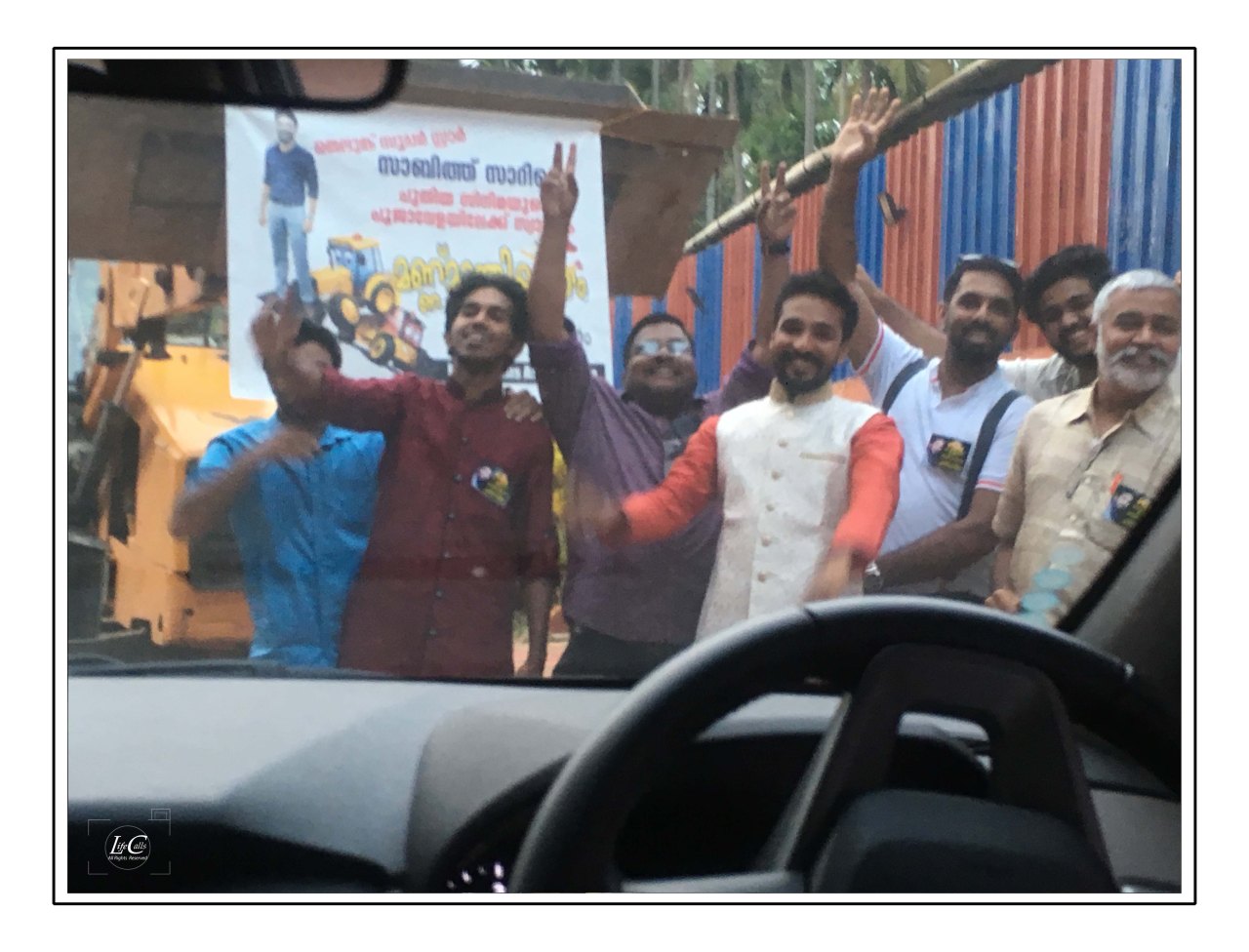 There was this little prank the group had played on the groom; apparently he seemed to associate himself with a super start actor from the film industry. So they had banner out, prepped up on an excavator! And the closest ones got a pin up tag too 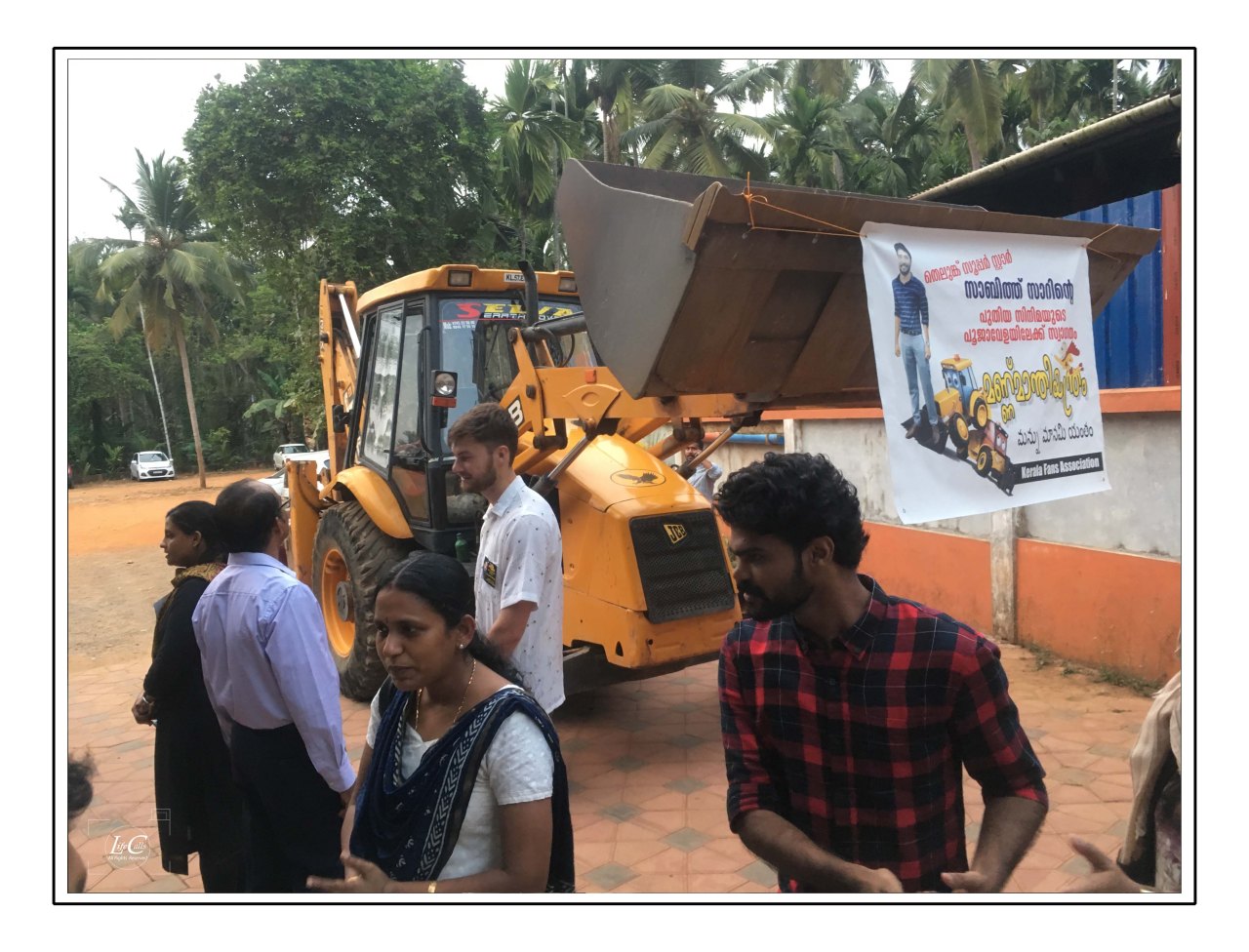 Jayan Sir pose in front of the shovel with Caleb 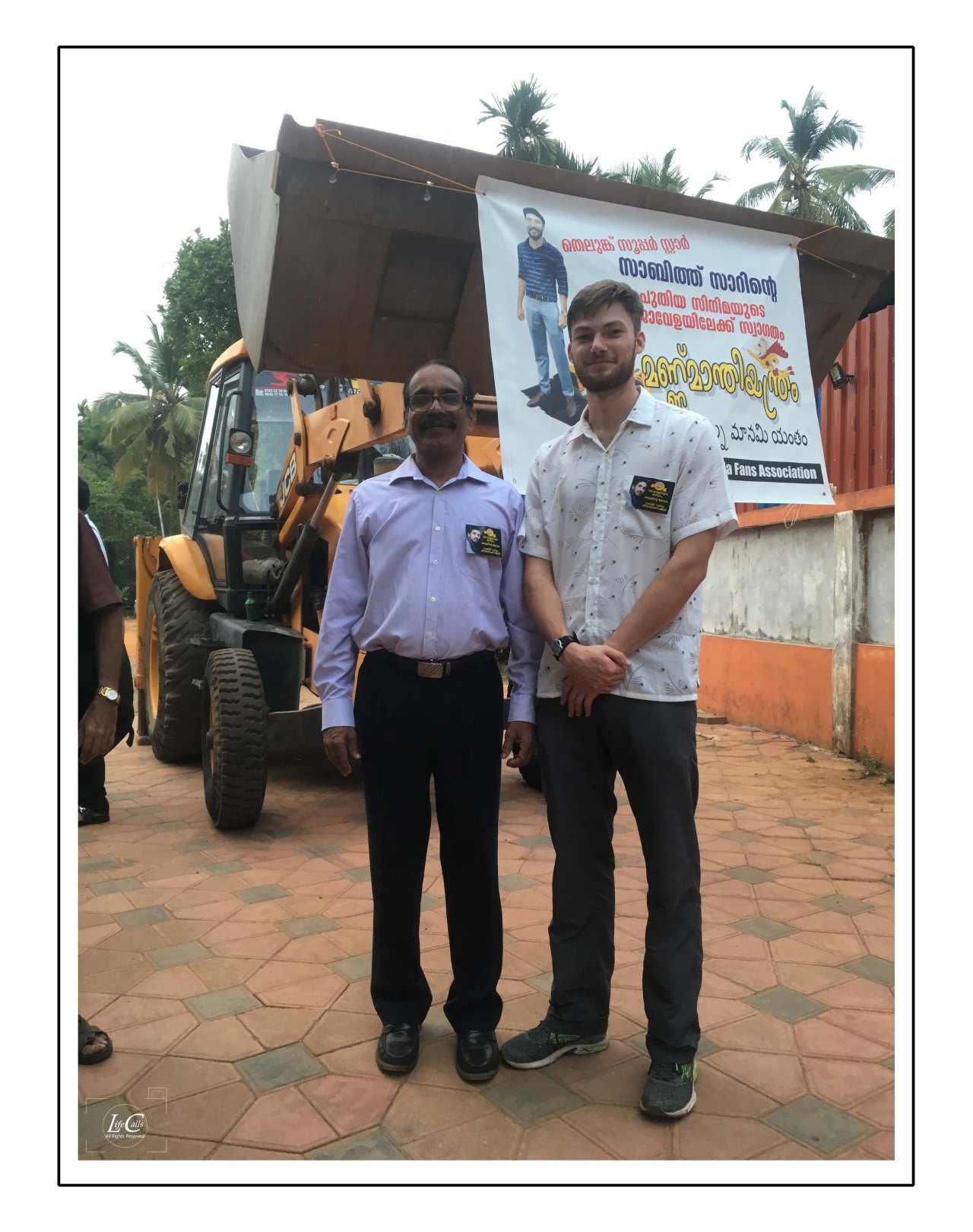 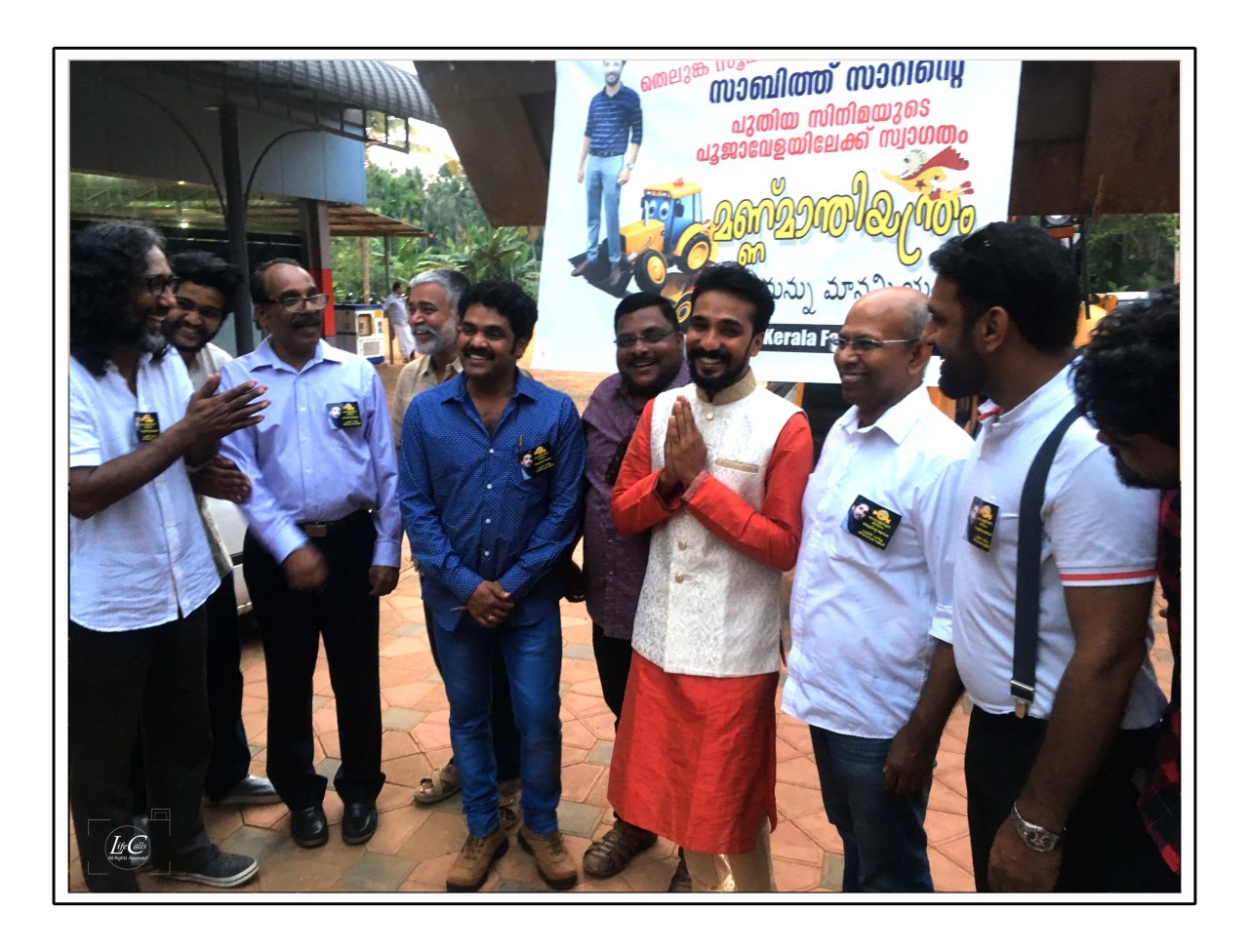 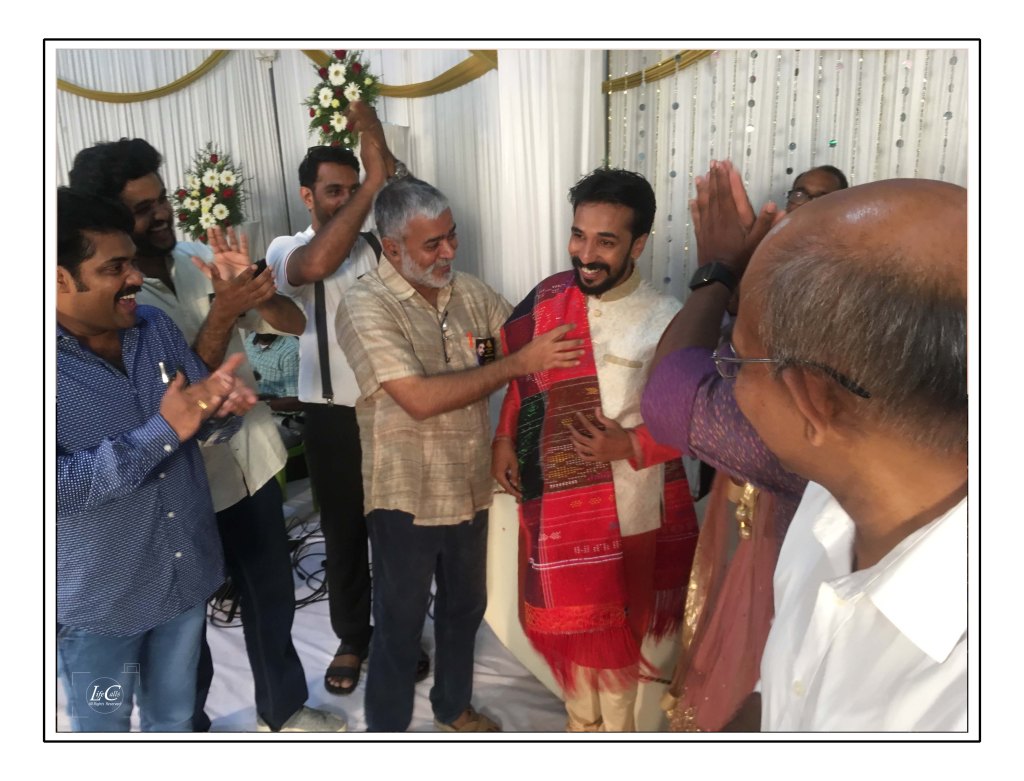 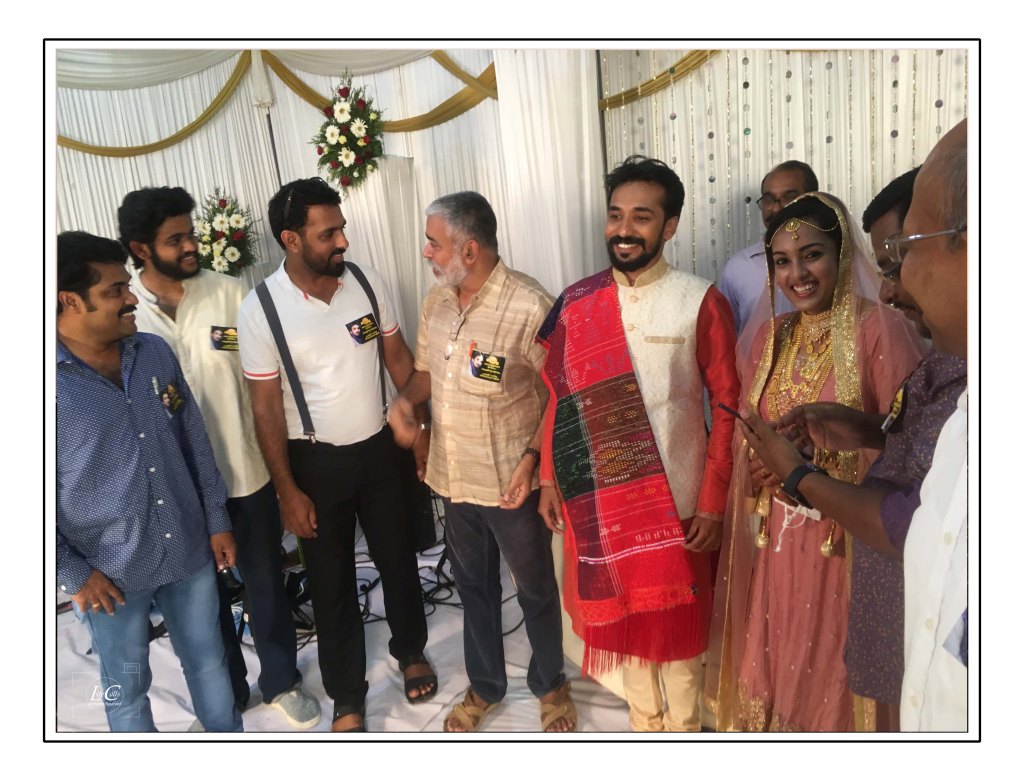 Photo session with the whole gang 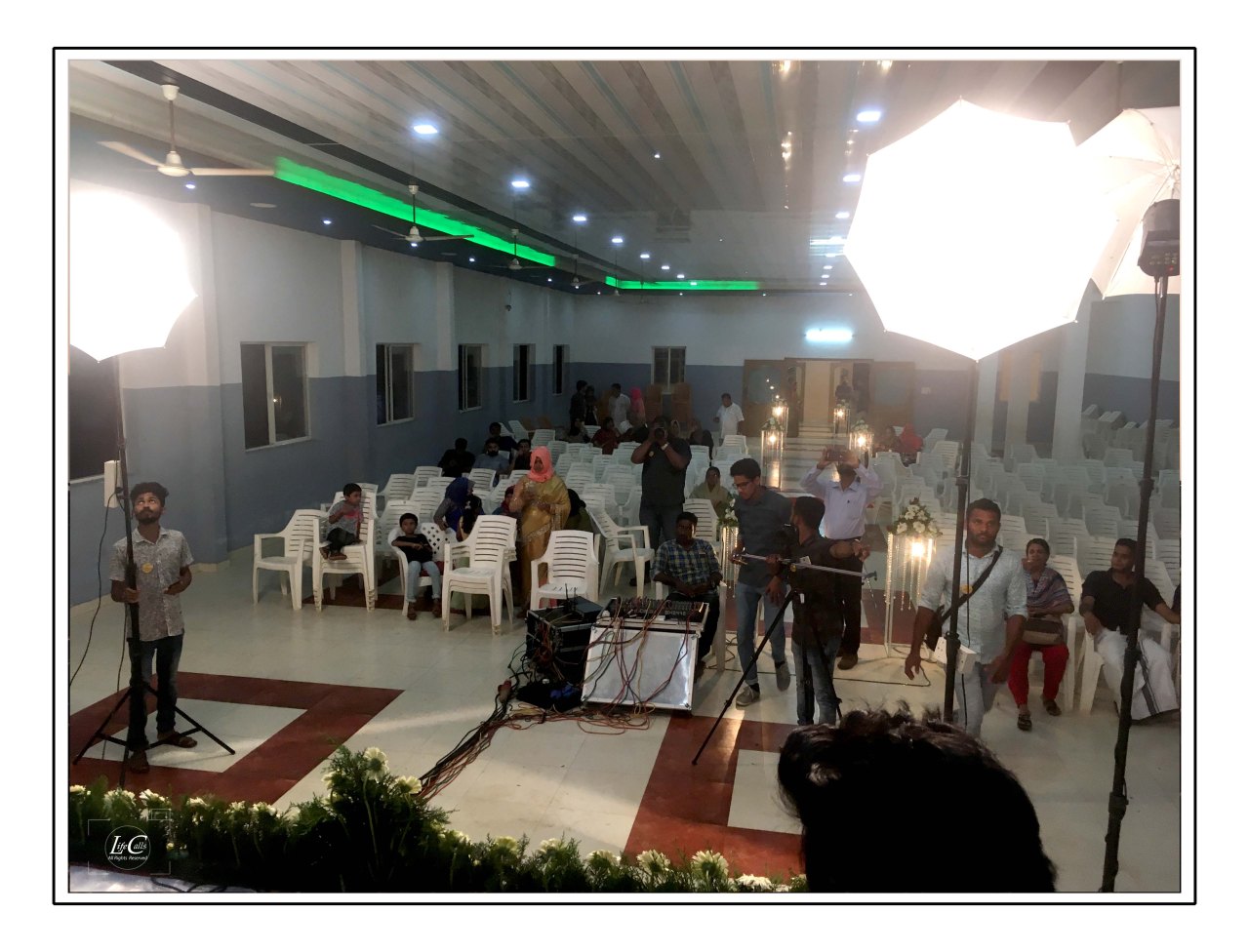 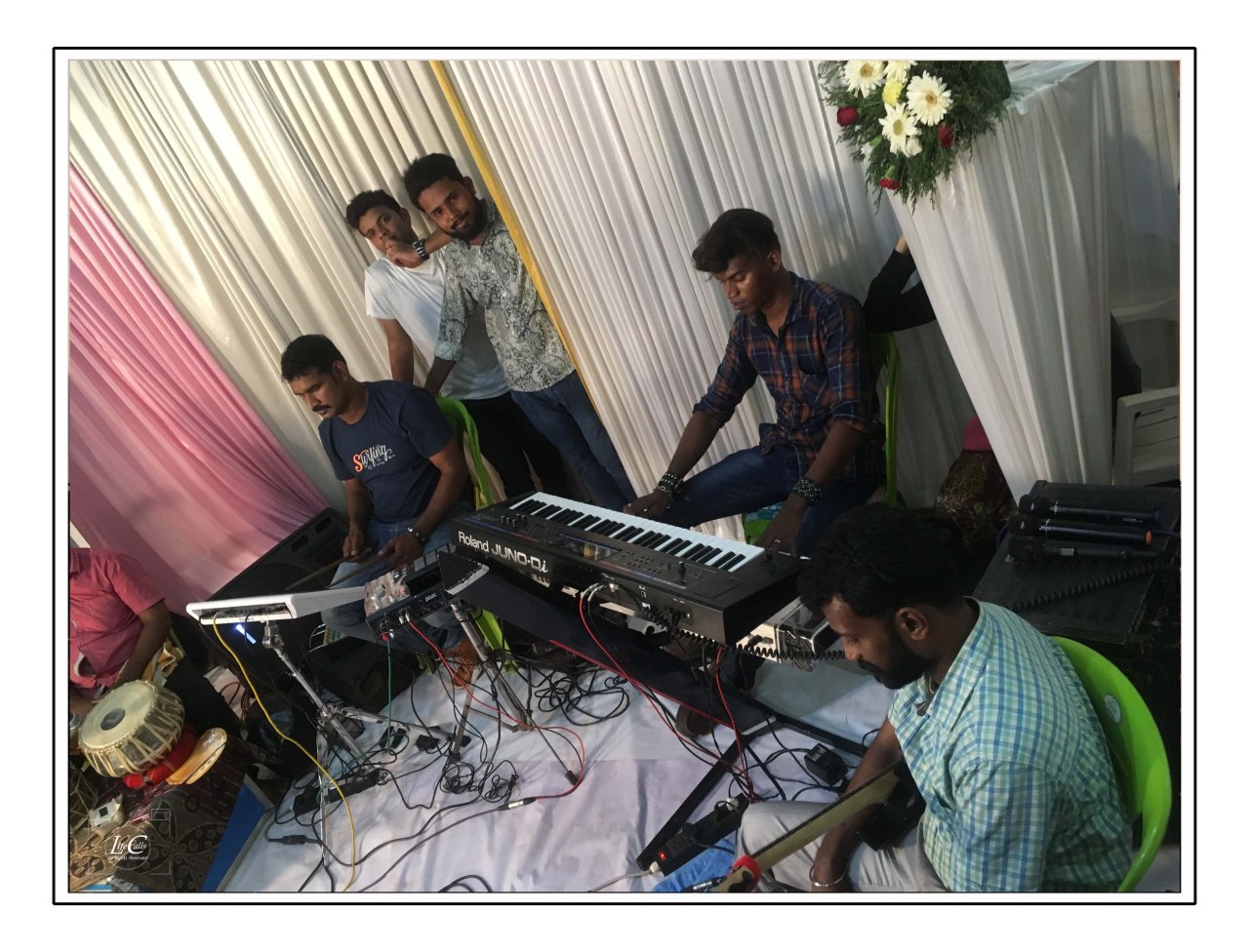 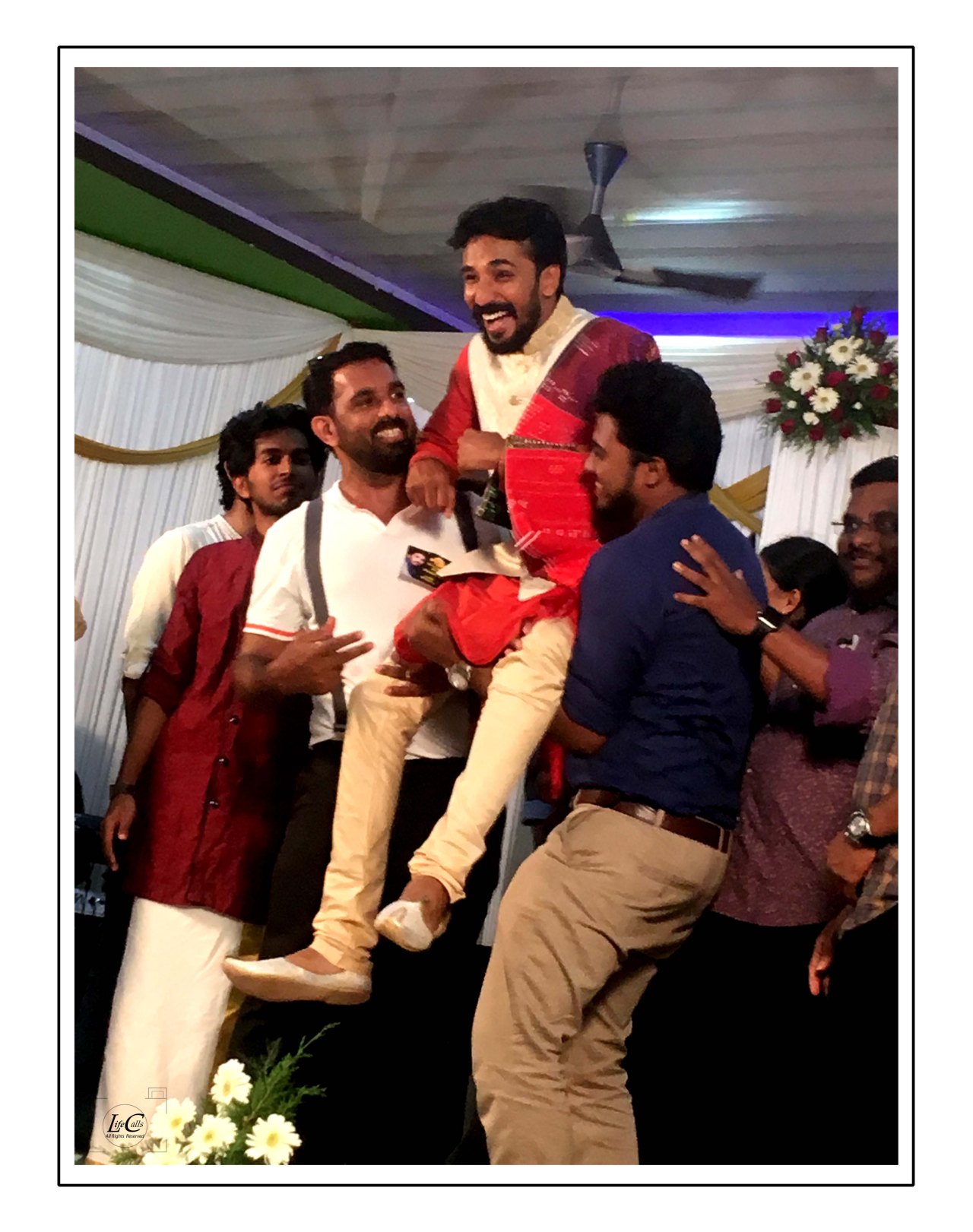 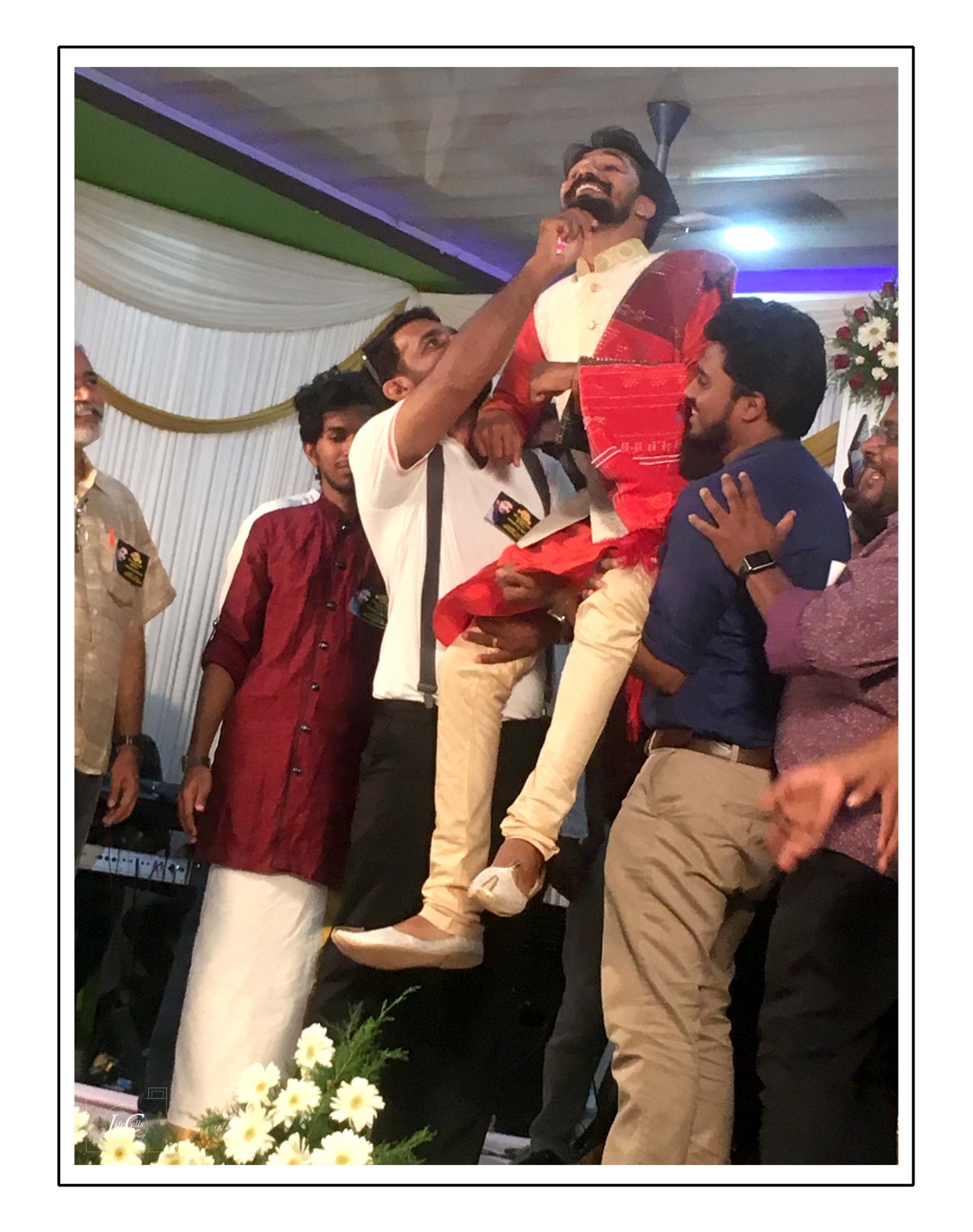 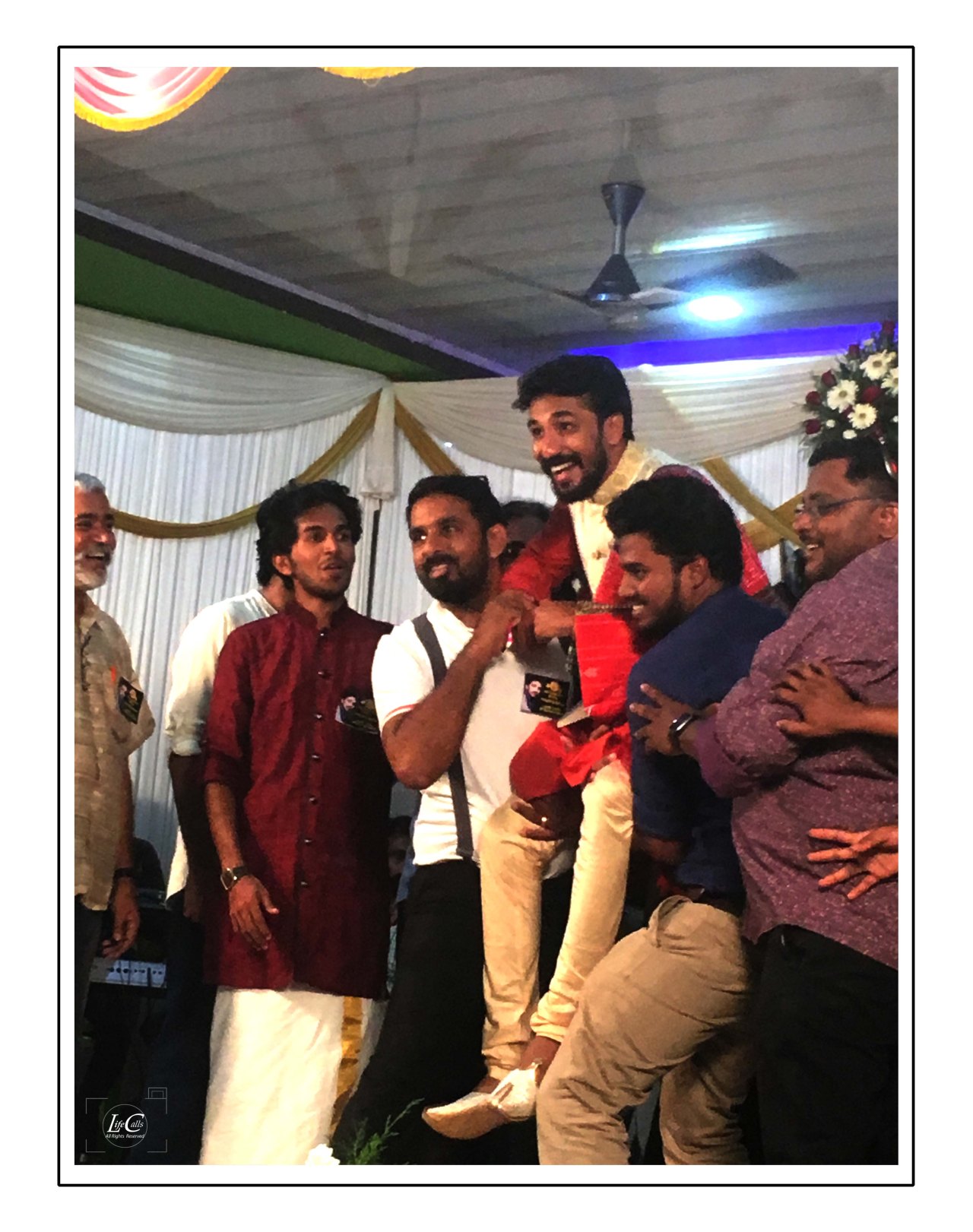 Friends having fun with the groom

After the photo session – now for some grub ! 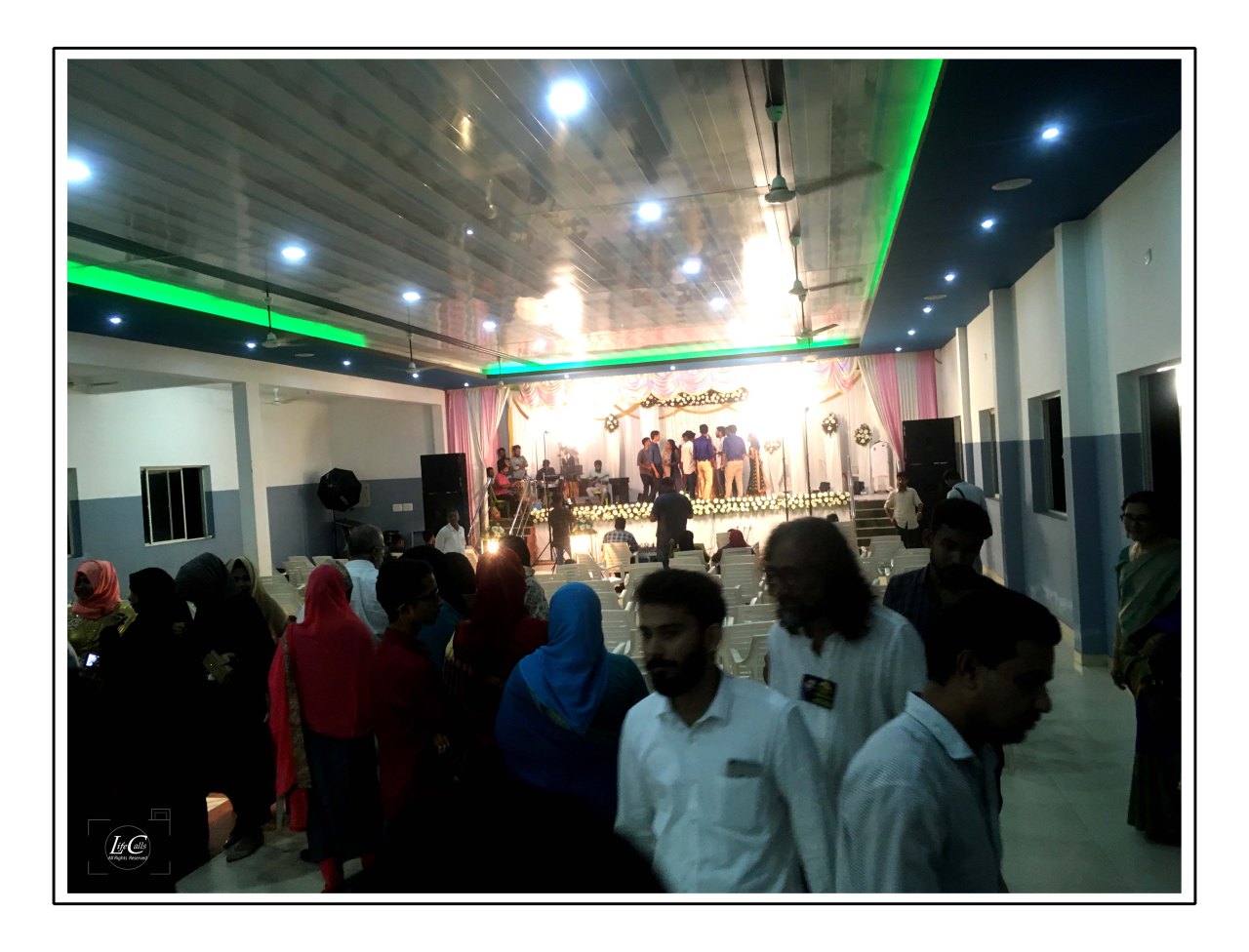 Snacks at the entrance 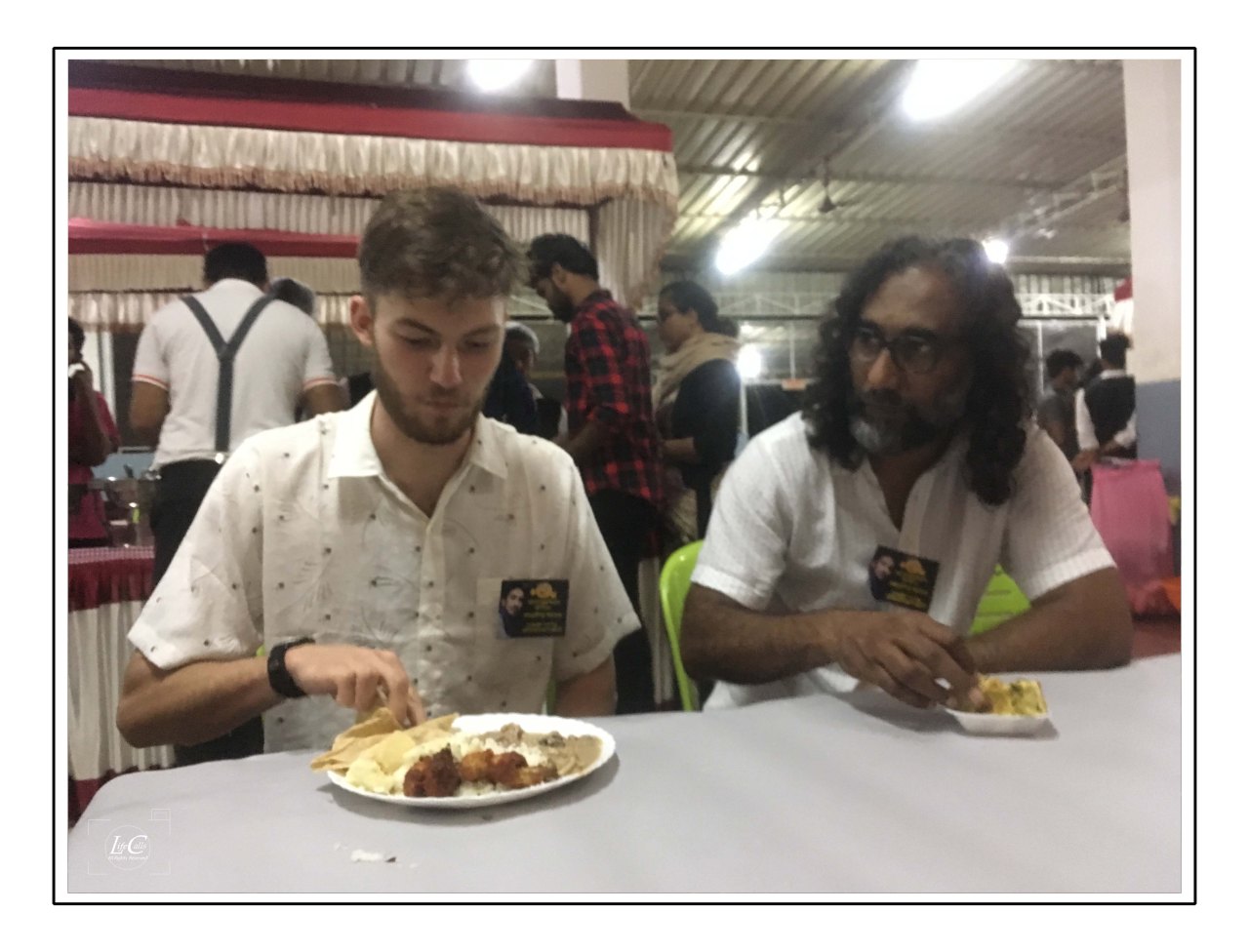 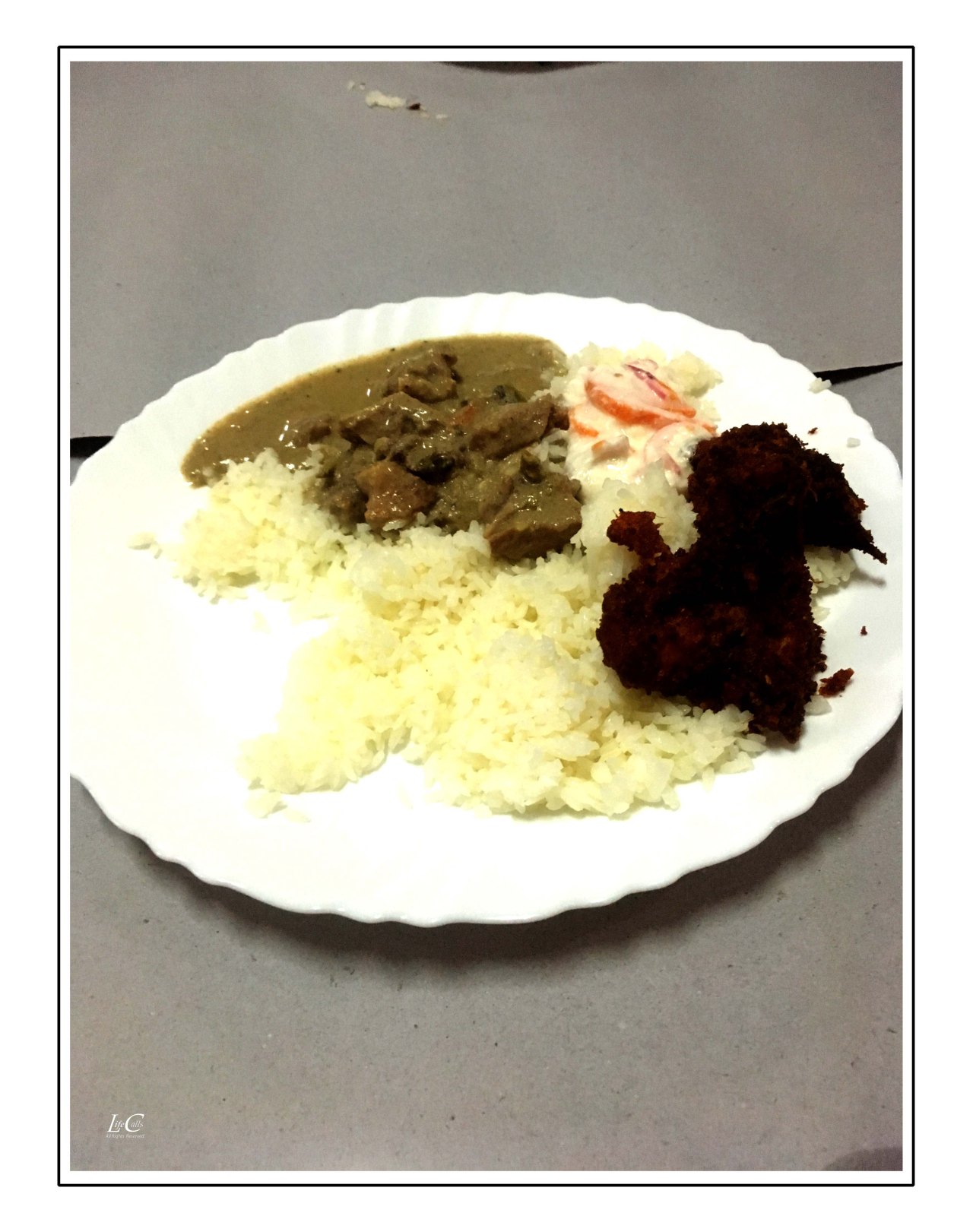 I had my fill after one plate, but Caleb wanted to go for seconds, I went to wash up on coming back found out that my seat was occupied by another person. Everyone wanted to talk to Caleb and he seems to be making new friends. 🙂 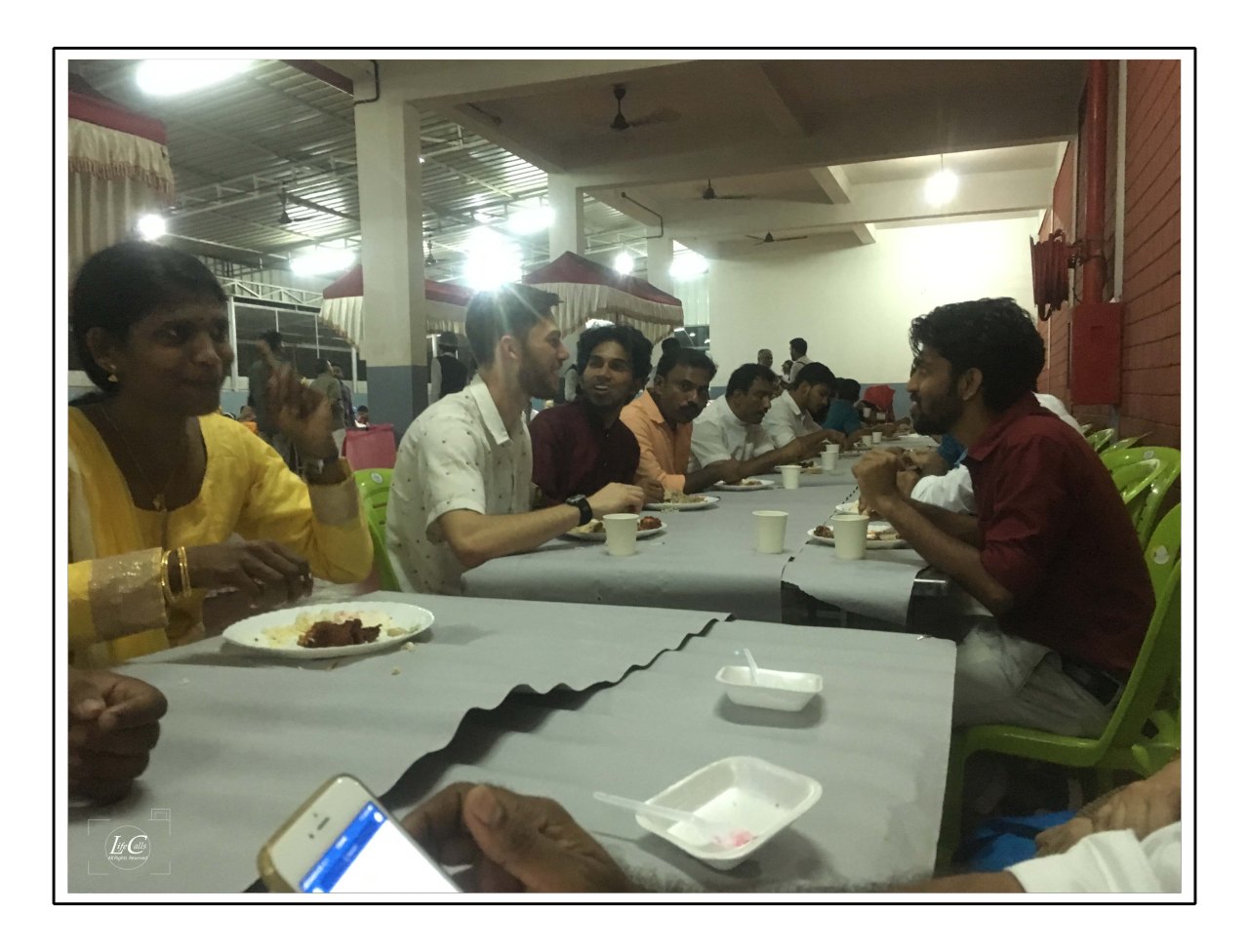 I came to realize that we were actually early, apparently the function here starts late, and that explains the empty chairs.

Apart from the Bride and Groom and off course the food! the next attraction was the excavator, many  people wanted to take selfies near it – that someone had actually had put out a sign board called “Selfie corner” .We didn’t wait till the party started to heat up , It was late for many of us and we left by 8:30 pm .